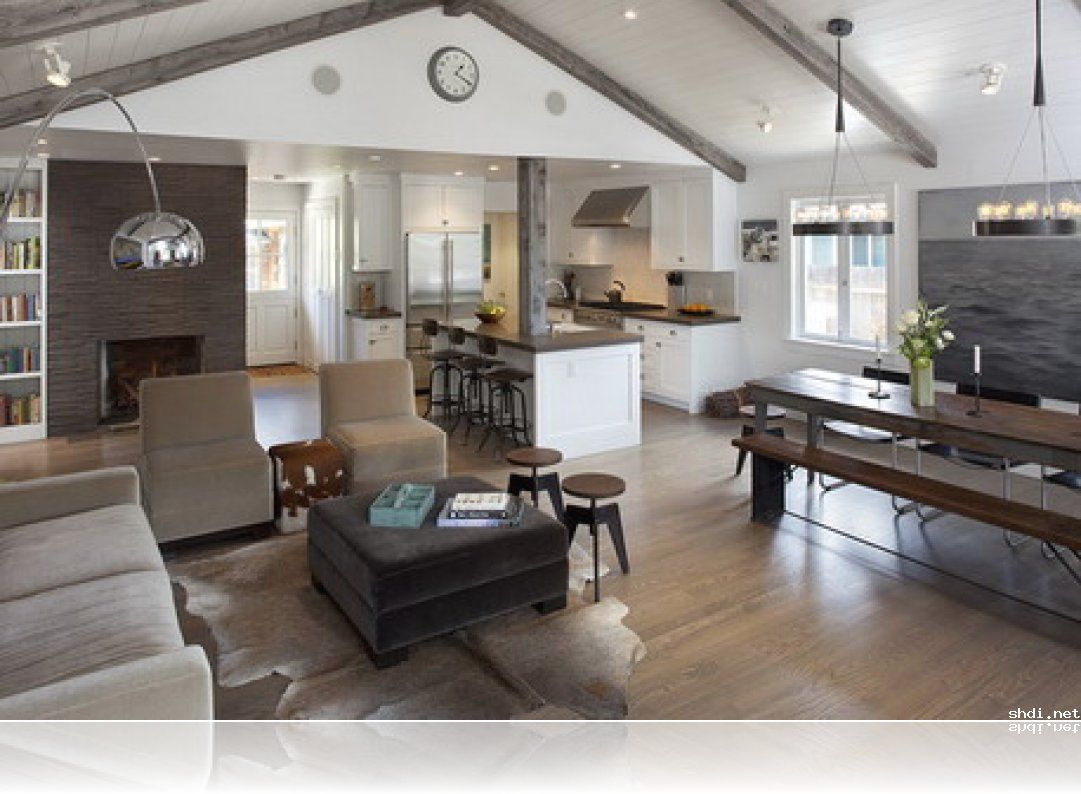 hi there, iâ€™m claire jefford, owner and certified interior decorator at creating contrast designs. and iâ€™m karen dunn, iâ€™m a designer and i had the pleasure and the privilege of working with claire on this project. weâ€™re here in our clients home in burlington, ontario, where they hired us to do a redesign of their main floor renovation. our first impression of this kitchen when we first met with our clients is that it was very tight, there was actually a wall dividing the dining room and the kitchen, and it was just such a small space that it really didnâ€™t function for how they needed it to, and the storage was very limited â€” it was actually pretty awkward. one of the most important things to our client on this project was to

open up the space. she does entertain a lot and the previous floorplan meant that she was secluded from her guests when she was in the kitchen. the structural changes that we made to open up the kitchen to the rest of the room was to knock down the wall that was in between the kitchen and the dining room/living room that we had next to it as well. we also closed off two windows in this area, we closed off a dining room window that was in here previously, as well as a corner window that we had down in the end of the kitchen, and this just allowed us to really maximize the space of the kitchen. when we were designing the actual components of the kitchen, we wanted to of course increase her storage, like the full-height pantry where she can store

not only pantry goods, but mops and brooms and her vacuum cleaner. we also wanted to make sure it was visually appealing, so we broke it up by doing some fretwork on the, on the doors and a frosted glass in behind. we continued the fretwork pattern on these upper cabinets, but rather than frosting the glass we kept them clear so we could use them for some display. we also incorporated pot drawers, a corner cabinet and this great drinks fridge. we wanted to incorporate an island into this space, but we needed to make sure that it was narrow enough that there was going to be enough traffic flow around it. we also incorporated a wine rack here as well, which is usually a necessity for most homeowners. thereâ€™s also a sink, double

sink, as well as a dishwasher. and we also have seating for three with stools that tuck just in under at the other side of the island. when we designed this kitchen, one of the options we gave our client was to incorporate a custom hood vent, rather than a stainless steel. what we liked about this is that it would keep the flow throughout the upper cabinets. it is a splurge, and weâ€™re very pleased that the client decided to go along with it. so the materials that we used in this kitchen were a quartz countertop, and our clients really like to have a little bit of a vein, but mainly keeping it white and open. the backsplash of the herringbone carrara marble was really something that our client knew that she wanted to have, so that was

the jumping off point for the space, and it really adds a bit of understated elegance. when we were looking at the structural elements in the walls when we were doing the redesign, there was a half-wall that was between the hallway and what was the living room, and is now the eating area of our kitchen. because we wanted to do built-in banquette seating, we extended that wall from a half-wall right up to the ceiling. it made a nice visual divide between the two spaces, but didnâ€™t cut the whole area off. previously, the dining room was totally separate to the kitchen, and it was quite formal. now what our clients love about this space is that itâ€™s nice and open to the kitchen. itâ€™s a little more casual, and we also have some nods to [an]

industrial look within there, but still keeping it elegant. a great way to save space in any kitchen or dining room redesign is to incorporate bench seating. it gives you an opportunity to have some extra storage, but mostly you donâ€™t have to pull that seating out and allow for the extra couple of feet that you normally need for chairs. the most rewarding thing of this entire renovation is how pleased this client is with how the whole thing turned out. she loves to entertain, because this kitchen is the first thing you see when you walk in the door, she is so proud when her guests and her family walk in and have that look on their face of, â€˜wow, this is amazing!â€™